I am pleased to announce a new member of the Mack Valves management team, in Scott GILSON, who has joined us as Head of Sales, ANZ.  In this role, he will sit alongside Spencer JENNER who has taken on a role developing business in the Asian region for Herose and Mack Valves.

Scott joins Mack from Gardner Denver, where he was responsible for Distribution and Sales for Australasia between 2015 to now.  Scott had significant success in structuring Distribution and Sales throughout the region for win-win growth, building up a team of people that facilitated significant growth in the Gardner Denver portfolio.  As Mack rebuilds its strength in the local market, we are excited that Scott brings his knowledge in building deep partnerships, to support our growth plans within the region.

Spencer has been with Mack for nearly 3 years, and with Mack becoming a part of the Herose Group, has been moved into an Asian role to continue the growth of Herose Group sales in this region.  This will build off Herose’s already successful platform, adding to it a wider range and depth of Mack Product. 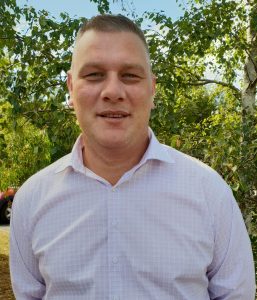